INTJ Ni-Fi Loop: What It Means and How to Break Free 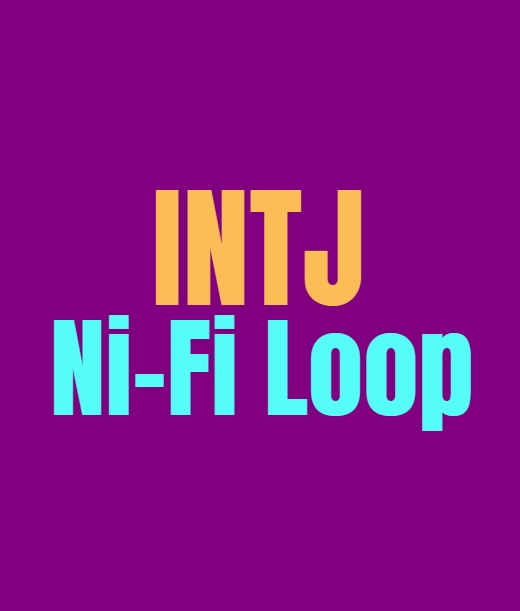 For introverted personality types, going into their loop is when they turn inward to their introverted functions. This isn’t always a bad thing, and sometimes it occurs under stress as a means of helping the person navigate whatever challenges they are facing. At first it can cause them to turn towards parts of themselves they normally would not, applying pressure to a function which isn’t as natural for them. It can help the individual figure some things out they are struggling with, but if this goes on for too long it can certainly become unhealthy for them. When they get stuck in this loop for long periods of time, they definitely need a means of breaking free before it applied too much stress to their weaker functions and leaves them feeling emotionally exhausted.

For most INTJs, the reasoning behind being sent into their loop is something not going as planned or expected. A serious life change or stress which they weren’t prepared for, can really send them spiraling into their loop in hopes of finding other solutions or because they are reevaluating their processes. This is something which is sometimes necessary, but should never be indulged for too long. When the INTJ is in their loop, they neglect their extraverted thinking function and turn to their introverted functions to solve problems and make choices. They focus on their introverted feeling which is not something the INTJ is naturally connected to the in the same way as their more prominent Ni and Te functions.

When the INFJ is not in their loop and using their functions in a balanced and healthy way, they utilize their extraverted thinking (Te) to process and collect data. INTJs are connected to their intuition as a means of cataloging information and coming up with theories and predictions, but they use their extraverted thinking to combine this with facts and evidence to prove themselves right. This helps them plan things out strategically and is much more natural for the INTJ. This is what helps the INTJ come up with factual conclusions about things, since they base their information on data and things which are solid rather than possibilities. Their Ni and Te work together in harmony to help them collect mass amounts of information and sift through it to figure out what the most logical and likely outcome will actually be. They need these functions as their basis for processing and understanding the world, and so it is important for them to rely on them in this way. INTJs use their introverted feeling (Fi) as a means of connecting to their morals and making choices which they stand by with certain things. These morals are important to the INTJ, but they favor logic and reason much more and will filter things through their dominant and auxiliary function first.

The Ni-Fi Loop in INTJs

When the INTJ is in their loop they take their introverted intuition (Ni) vision and filter this through their Fi, which is definitely unlike their natural behaviors. INTJs are normally focused on logic and reason, and instead they become focused on emotions and their internal values. This can cause the INTJs behavior to be very different from the norm, and so people are often confused with this new person. Instead of using the facts and logic to assess their intuitive knowledge, the INTJ focuses on whether or not this lines up with their principals and inner feelings. They have moments where they are much more impulsive than usual, responding with momentary feelings rather than logic. INTJs believe in preparing for things, but they are naturally capable of taking control and making that next step towards the right path. When they become stuck in their loop they easily make rash decisions, or find themselves afraid to make any choices at all. They have a hard time figuring out what is right or good, since they are applying pressure to a function which is not meant to be used in this way. Instead of simply using this Fi as something to reinforce their choices, it becomes a much stronger focus while their Te is pushed aside completely. This is something which often happens when the INTJ experiences extreme stress, trauma or a drastic and unexpected life changes. The INTJ might show signs of being paranoid about the people around them, not trusting their motives and using their Ni predictions as a means of coming up with theories which can be a bit far fetched, since those theories are so strongly connected to emotions rather than their usual Te facts.

How to Escape the INTJ Loop

The struggle with the Ni-Fi loop is that INTJs are naturally introverted people, and so it isn’t always easy to recognize when this is happening. They become reclusive since they are only focusing on those introverted functions, and might distance themselves from people. Their loved ones might think the INTJ is just going into their introvert mode and needs time alone, when in reality they are going into this loop. The INTJ does become much more erratic in their focus though, and might have a hard time taking action unless they do so in a more emotional way. When the INTJ is in this loop they need to focus on their auxiliary function and work to bring that back into play. The INTJ can benefit from surrounding themselves with Te users, and by expressing their theories and ideas out loud to them. Sometimes just hearing them expressed can cause the INTJ to pull out of this loop, and start focusing more on their Te. They need to start interacting with others, and even start to write down their plans and thoughts so that they can see them expressed in a more physical and external way. Anything which pulls them out of this internalized mode and into the world around them, can help the INTJ begin to connect with their auxiliary function once again in a healthier way.