INFP Sheltered: What Being Sheltered Does to the INFP Personality 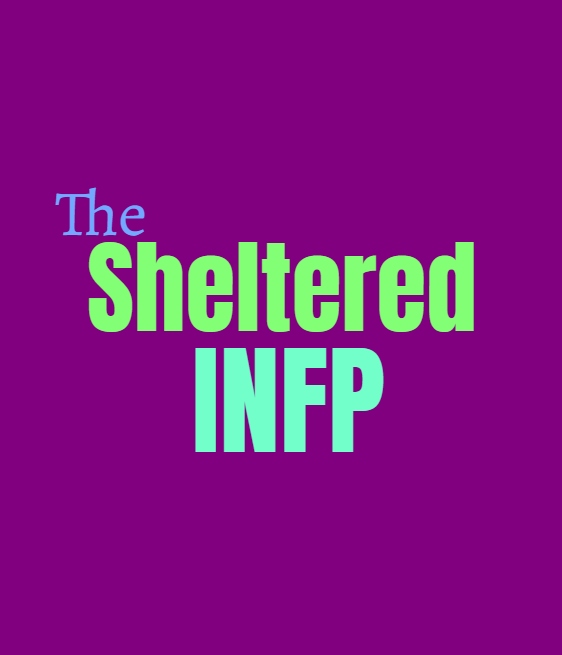 INFP Sheltered: What Being Sheltered Does to the INFP Personality

Depending on just how sheltered they are growing up, the INFP can certainly exhibit different behaviors than an INFP who has been exposed to more things. Since they are naturally curious people who need to be able to explore different options and activities, being sheltered can shut them off from this. For the INFP being disconnected from different viewpoints and being unable to really explore, can cause them to lack self-exploration as well. Without seeing different options the INFP might not be able to really learn what they do or do not enjoy themselves.

When the INFP is sheltered from a young age they can become disconnected from the outside world. This causes them to have a somewhat skewed and maybe even naive view of things. They become so caught up in the views they have known from childhood, and instead don’t get the chance to open up to other ideas and beliefs. For the INFP being closed off from being able to explore makes them feel a bit trapped without fully realizing why. They become hyper focused on their own internal morals, but these morals aren’t often aware of the way things truly are. They have a hard time really seeing other people’s views and will only see their own as accurate. They become closed-minded but might not actually admit this or realize this about themselves. Since INFPs want to be open-minded and understanding people, it becomes difficult to accept that this might not be the case. While the INFP who has been allowed to explore the world and see things outside of their own narrow view, they become much more open to people and their unique beliefs.

The INFP who is sheltered likely has a hard time listening to other people’s opinions, especially when they don’t line up with what they personally believe or have seen. This makes the INFP much more defensive, and so they might shut out people who don’t agree with the things they believe in and hold as important to their own moral view. They have a hard time seeing where other people are coming from, and don’t really know how to be understanding to their point of view. They don’t want to deal with people who are argumentative and will see those people are rude and selfish. If someone actually enjoys debating and hearing other people’s opposing views, the INFP might misunderstand this and see it as simply being arrogant. They don’t have the same ability to connect with people and be welcoming to their thoughts and personal beliefs. The sheltered INFP holds so tightly to their own internal morals, but they don’t necessarily have a firm grasp on one they are. For the INFP to really understand themselves and the things which matter most to them, they need to be able to open themselves up to the world around them. This helps them analyze their own feelings and needs because they get to see the options around them. They might explore different sides and in the end realize that they don’t actually enjoy those things, but the INFP needs to be able to try them regardless.

The sheltered INFP can actually have an overly optimistic view on life and the world. They have high expectations of how things will turn out, since they believe everything will somehow work itself out the way it is meant to. They become upset when things don’t go perfectly or when people don’t live up to the idealistic view they might have conceived of them. INFPs as they get older can become much more realistic about the world and have more reasonable expectations about love and romance, but the sheltered INFP struggles with this. They see the potential and good inside people, and this causes them to expect some sort of perfection from life and love. They can become so caught up in this idealistic mentality, and so it causes them to experience an overwhelming amount of disappointment throughout their lives. Without being exposed to different experiences the INFP only sees things in a black and white view, and doesn’t really know how to temper their expectations of things. If they fail or don’t accomplish a goal they have set, they take this incredibly hard and might not know how to handle the fallout of the situation.

When the INFP has actually been exposed to the outside world more and hasn’t been overly sheltered, they are much different. They actually learn more about other people’s views and can become understanding when they don’t necessarily agree with them. Their inner morals are based on more solid beliefs, and so they know when they are sure about something and can stand by this firmly. They can certainly hear what other people have to say but that doesn’t mean they will falter in their own inner feelings. The healthy INFP might not bend on those important beliefs and morals, but they are much more open to hearing what people have to say without feeling like they are being argumentative. Although they are much more open to the world around them, even the healthy INFP can become frustrated with people who try to force their beliefs on them. They don’t mind hearing about these things, they just don’t want to feel like someone is trying to change them and what they know to be right and true in their heart.