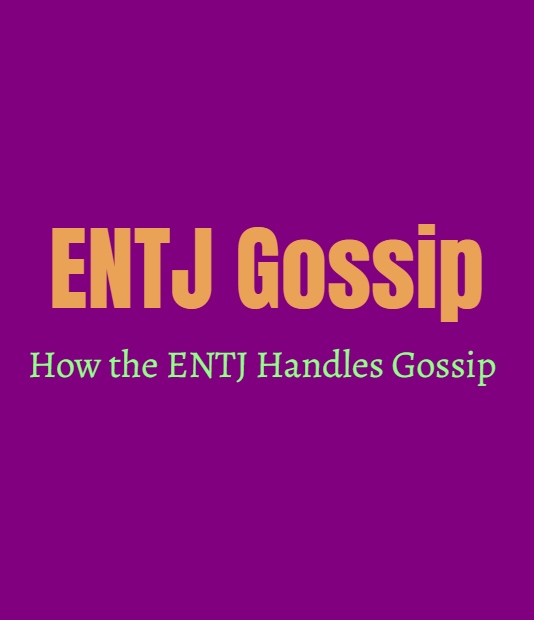 ENTJs are often dettered by gossip and really don’t like being around people who take part in it. The idea of people wanting to chatter behind their friends backs, is something which often turns their stomachs. Since ENTJs value honesty and loyalty, the idea of gossip really doesn’t line up with what they believe in. They stand by their inner morals, especially the things which matter most to them. ENTJs base their decisions on facts and logic, and are much more practical than they are emotional. When people around them focus on things which are overly emotional or seem flighty, they lose interest in these topics quickly.

For the ENTJ gossiping rarely seems like it can provide anything of value for them or those around them. This causes them to lose interest in it fairly quickly, and even become drained when they are around people who gossip frequently. They don’t trust people who gossip, and they prefer to be around people they can actually trust. ENTJs value people who are honest and who don’t hide things behind the backs of their friends. Someone who gossips instantly seems like someone they cannot trust to be upfront with them about their thoughts and feelings. They don’t like feeling like they are part of this type of behavior, and so ENTJs will likely want to walk away from the conversation entirely. Honesty is something they value and believe is one of the most vital qualities in any relationship, this includes their work relationships as well. They want to be sure that someone is going to tell them when something isn’t right or when they don’t agree with their actions. When someone is based on emotions, it isn’t easy for the ENTJ to really respond to it, but that doesn’t mean they don’t want sincerity. They prefer when someone can share these feelings with them, and try to express them as rationally as possible. For the ENTJ it isn’t about the feelings attached to their words, simply about not hiding things and expressing it behind their back to someone else.

ENTJs also value loyalty immensely, and someone who gossips really does not feel loyal in their minds. When someone is loyal it means they are willing to stand up for you even when you are not around. The ENTJ wants friends and loved ones who are willing to shut down gossip about them, and who don’t want to be part of this type of drama. If they do find out that someone was gossiping about them, they often take this as a betrayal of their trust. Of course some light venting or something less serious isn’t going to bother them as much, but someone who gossips constantly is going to start to wear on the relationship for the ENTJ. Over time they will start to recognize it as more than a momentary lapse in judgement, and simply see it as a character flaw.

ENTJs become drained by anything which is too shallow or seems to be based on feelings. Gossiping usually isn’t all that necessary in their minds, and feels like a futile way of expressing oneself. ENTJs prefer focusing on pratcial things and they care about being as efficient as possible. This causes them to focus on things which serve a purpose, instead of waste their time and energy. They rarely see any logical reason to gossip, unless there are rare occasions when they are discussing a problem which needs to be solved by discussing another person’s life or choices. This isn’t something they take lightly and they likely won’t discuss these subjects with someone they don’t trust. This really isn’t gossip so much as it is the ENTJ analyzing the situation and working to come up with a logical solution. They usually avoid doing this unless it directly affects them and their own lives, or possibly the life of someone extremely close to them. For the ENTJ it is best to discuss these problems with the person present though, and rarely do they feel like they should do it behind their back in a gossiping manner.

Where Do They Draw the Line

ENTJs find it natural to set boundaries and draw lines which they don’t want crossed. They would prefer to make their feelings clearly on the subject of gossiping and most people around them realize how they view gossiping people. ENTJs are good at expressing when they are not pleased with something and when they want it to end. They have clear cut boundaries when something is truly important to them, and they aren’t afraid of making them known. To the ENTJ this is important, or else people won’t respect their needs and expectations. They don’t want to focus on things which waste their time and energy, and would rather be focused on getting things done and being efficient in their tasks. ENTJs care about their loved ones and so this doesn’t really include them when it comes to “wasting” time. They consider spending time with people an important part of building those relationships, they just don’t want to spend time gossiping about trivial matters.