INFJ Loss: How the INFJ Copes With the Many Forms of Loss 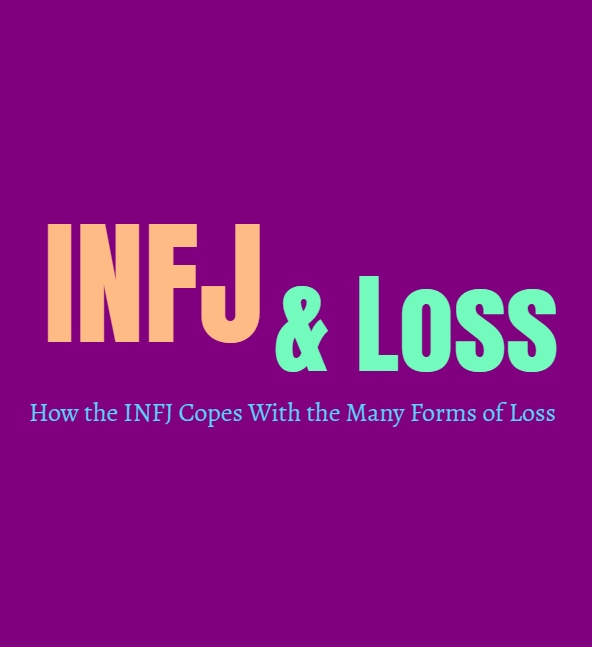 INFJ Loss: How the INFJ Copes With the Many Forms of Loss

For the INFJ loss can be a somewhat crippling experience, especially when it is the loss of someone they love. INFJs don’t deal well with change, and losing something or someone deeply important can be overwhelming for them. While INFJs are caring and warm people, understanding and processing their own emotions is not one of their greatest strengths. Their focus on the emotions and needs of those around them, can actually make moving on or accepting loss a bit more challenging for the INFJ. This doesn’t mean it is impossible for them to find a way to heal and move forward, it just means the process can be a much more difficult and sometimes overbearing one for the INFJ personality type.

Accepting their own emotions can actually be a serious challenge for the INFJ personality. They are very much connected to the feelings and emotional needs of those around them, but this leaves little room for them to focus on themselves. They don’t find it as easy or natural to understand their own inner feelings, and might even push them aside to help others. Sometimes the INFJ does this because they care and don’t want to burden others, but there are times when this is simply because they struggle to process their own emotions. Instead of dealing with their own inner feelings which can make them feel stressed and uneasy, they tend to the needs of those close to them. While this is part of what makes the INFJ so caring and compassionate, it can make it hard for them to process loss and negative emotions. Even when they know they need to deal with those feelings, the INFJ might try to bury them instead. They spend so much time fighting the emotions that they end up having outbursts without meaning to.

INFJs don’t do this intentionally most of the time, they simply don’t know how to best handle those negative feelings. The emotions can feel so strong that the INFJ doesn’t feel prepared to process or cope with them. In order to handle what they are going through, sometimes it seems like the best option to just bury those emotions and save them for later on. Instead of drowning in their sadness and pain, the INFJ tries to find ways to take care of everyone else and keep moving forward. Of course this is part of why INFJs can retreat and distance themselves from even the people they love, since that pain can weigh them down eventually. Spending so much time neglecting their own needs and feelings can certainly be something which builds up over time for the INFJ. Eventually they are forced to face those feelings, but it can be more challenging since they often come out all at once when they are feeling stressed or overwhelmed.

For the INFJ loss is something which brings them immense pain, even if it is just a loss of a friendship or loss of parts of their past. The INFJ will even mourn the loss of something which wasn’t that positive for them, but they might see it differently once that person or thing is gone. They will recount only the good things, mourning the fact that they no longer have it in their lives. Letting go and moving on from loss is not easy for the INFJ, and so they have a tendency to fight it with everything they have. At first they will likely go into denial, not wanting to accept that they need to move on and let go. Even if there is no way of getting this person or thing back, the INFJ still struggles to actually let go. Even if this means they hold it in their hearts and latch on for dear life, the INFJ is likely to do this to the best of their ability. They can certainly dig their heels in the INFJ is attached to something, and so this is why loss is something which they don’t take or cope with easily.

Time alone is certainly important for the INFJ when they have experienced a serious loss, without the pressure of those around them. If they don’t have people to distract them by their needs, the INFJ does have more room and space to deal with what they are feeling. It can help to have one person who they trust, someone who doesn’t allow them to ignore what they are going through. INFJs really need someone in their lives who can give them perspective and force them to face their feelings and the reality of what is happening.

Moving on is never simple or easy, but for the INFJ it can be a real struggle. They don’t feel all that comfortable with change, and moving on often means dealing with change. INFJs are likely to fight this at first, which is why they do something need people who help them see that they have to move on eventually. INFJs will learn to move on when they can accept that they are not to blame for this loss. They need to process their inevitable feelings of guilt, since INFJs have a tendency to blame themselves when something doesn’t go as they hoped.