ESFP Intelligence: How ESFPs Are Smart 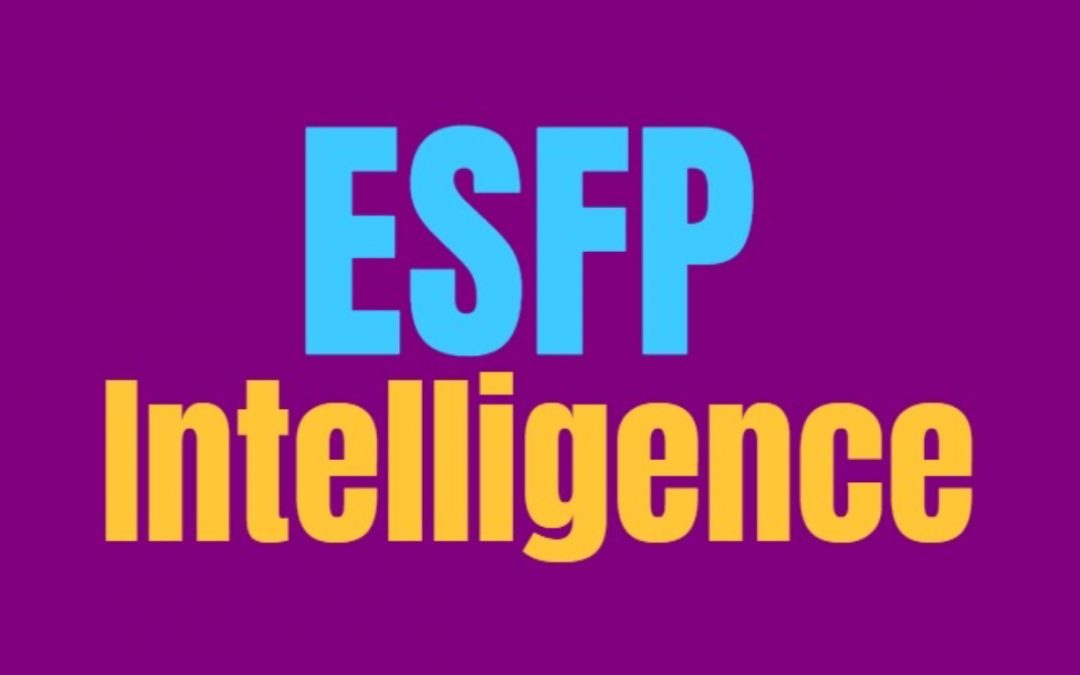 ESFP Intelligence: How ESFPs Are Smart

ESFPs can often be mistyped because they are stereotyped as lacking intelligence, when in reality this is not true at all. Intelligence level really cannot be judged based on personality type, but we can get a better idea of which styles of learning and types of intelligences they might be drawn to. ESFPs are sometimes judged as lacking intelligence since they are so focused on having fun and living in the present. Many ESFPs are highly intelligent people, capable of comprehending complex ideas and remembering details that most people would forget. They simply aren’t as expressive in their intellectual interests, wanting to live in the present and soak up the things which they are passionate and excited about. ESFPs want to make things fun and light, not wanting to drag others down or go into too much detail about theories.

ESFPs are very physical people and are connected to living in the present moment. ESFPs are often skilled when it comes to sports or different physical activities, or might be great at crafts and things which require them to focus on the visual details of things. They are often capable of keeping up with what they see and recognize what is physically in front of them with ease. While this can make the ESFP highly coordinated and good at dealing with their hands, it gives them other advantages people might not realize. This causes them to recognize when there are changes in the physical aspects of their environment. The ESFP can visually recognize the smallest of changes around them, often connected with people as well. If someone they love is not feeling well or has something which is bothering them, the ESFP often notices the physical changes. They can hear when their voice changes, they can see when their expressions just aren’t the same, noticing that something is not quite right. This can actually make the ESFP good in things like medical fields, as they can see when a patient is not their usual self. Noticing these physical things is something which most people don’t recognize about the ESFP, and don’t give them enough credit for the advantages it provides them. This type of intelligence can really be harnessed to make the ESFP capable of a great many things. It also helps the ESFP when it comes to connecting with and understanding those around them. They are social people who are focused on connecting and being able to feel close to others. This is part of why they pay such close attention when someone is different or when their environment has changed in some way.

ESFPs are often highly creative people, capable of seeing things from many different angles. They can seem scattered to some people, when in reality they just want to experience things which excite them. The ESFP might bounce around from one thing to the next, but they simply want to find a way to explore the things which interest them. They often like to learn and soak up information, they just have specific things they find interesting. When the ESFP feels inspired by something their sense of passion can really drive their creative side. ESFPs are very capable of coming up with new ideas and ways to make something truly unique. While this might not seem all that special to some, it actually makes the ESFP great at problem solving as well. Being able to see new and creative ways to approach a problem really helps the ESFP to uncover better ideas of how to get things done. Being able to see different ways to deal with something really gives the ESFP an advantage. Where other people might only attempt the same proven methods, the ESFP is capable of coming up with something new and different. They are not afraid of taking risks or of finding a new approach, and this does give them an advantage in certain situations. Where others might fear the unknown, the ESFP enjoys being able to try a different path in order to solve whatever problem they are dealing with. They don’t want to keep trying the same thing only to find it doesn’t work each time, instead they will venture out and risk trying something different. This definitely helps them to solve problems that many people would struggle to find a solution for.

ESFPs are highly observant and perceptive people, able to see things that others might miss. They recognize the smallest of changes around them, knowing when they need to be wary of something which doesn’t feel quite right. This can make them great at dealing with puzzles as well, since they can see the different angles and visualize what is in front of them. They aren’t afraid of the unknown and so they are willing to take risks in order to see what really works for them. The ESFP will take note of their surroundings, absorbing the information around them so that they can make an in the moment decision. While others might need time to analyze the information and figure out what the most likely outcome is, the ESFP uses what is right in front of them. They can handle doing things in the moment, rather than needing to constantly plan for what is around the corner. While at times this has its setbacks, it can also help the ESFP to take action rather than allowing themselves to remain frozen by analysis.