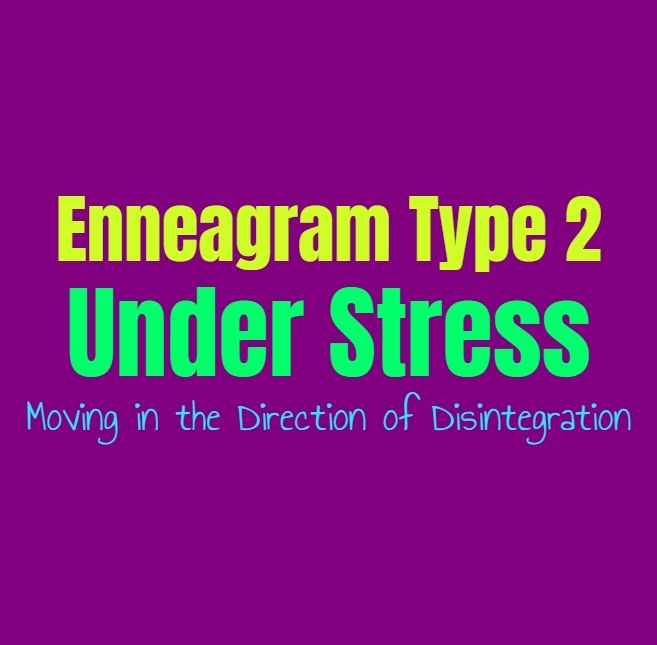 Ordinarily the type 2 individual is caring and generous towards others. They have a deep desire to tend to the needs of those around them and feel like they are worthy of those people and their affections. Two’s are giving people who spend a lot of time and energy caring for other people, as well as seeking out ways to make them happy. They are people-pleasers, but much more than that they are natural caretakers. They possess a strong sense of empathy and a drive to be there for others at all times. They can put a lot of pressure on themselves because of this, almost wanting to be everything to everyone. They work hard to be supportive and helpful friends and loved ones, even when they are struggling with difficulties in their own lives. They can often neglect or ignore their own needs, being self-sacrificing in hopes of ensuring the happiness of those around them. They would do just about anything to make their loved ones happy and are very good at recognizing how to do this. Their sense of empathy helps them to naturally sense what other people need and desire. This is something which can be helpful for them as well, especially in a work environment where they have to anticipate the needs of other people.

When the type 2 individual is under higher levels of stress they can start to flip into different behaviors than usual. They start to become more similar to type 8 enneagram, but this is often more likely that they are picking up negative traits from this type and mimicking an unhealthy version. The normally gentle and compassionate 2 becomes harsh and sometimes very demanding. They can become blunt and to the point, only focusing on getting things done efficiently rather than showing a sense of patience for those around them. They can appear much more on edge and confrontational, almost like they have some sort of wall up or outer shell to protect them. They aren’t as focused on tending to the emotions and inner needs of others, but might still tend to their needs in a practical and focused manner. Two’s become very focused on the task at hand, wanting to ensure that they can balance everything all at once. This makes them appear much harsher, just wanting to dive into the work which needs to be done without allowing anyone to distract them or hold them back from this. They can also become much less sensitive to the feelings of those around them, especially towards people they might feel a sense of resentment towards. After spending so much time and energy caring for others, two’s often need to feel validation and appreciation from those people. If they have gone a long time without feeling truly appreciated, they can start to lash out under times of high stress. They find themselves either pushing those people away, or avoiding helping them so that they can prove just how much they are needed by that person.

The most important thing for type 2 individuals is to actually make time for themselves. They can take on too many things at once and focus solely on tending to the needs of others, and this is exactly what creates this stress for them. Since they become so focused on the needs of others, they can neglect their own needs for far too long. This is why balance is so important if you want to avoid disintegration and times of high stress. For the type 2 person this means making time for themselves and demanding that their voice is heard. They might need to express to those around them what they need, and also express when they are not feeling truly appreciated in the way they need. Instead of bottling up these negative emotions they will benefit from being open about them. Two’s can be too self-sacrificing at times, and definitely need to learn to make time for their own needs and desires as well. They can also benefit from taking breaks sometimes and not overloading themselves with far too many responsibilities all at once. Avoiding taking on too much and learning when to take a step back and rest, can really help the type 2 individual to avoid this type behavior.