ENFP Ghosting: How they Deal with Ghosting People and Being Ghosted 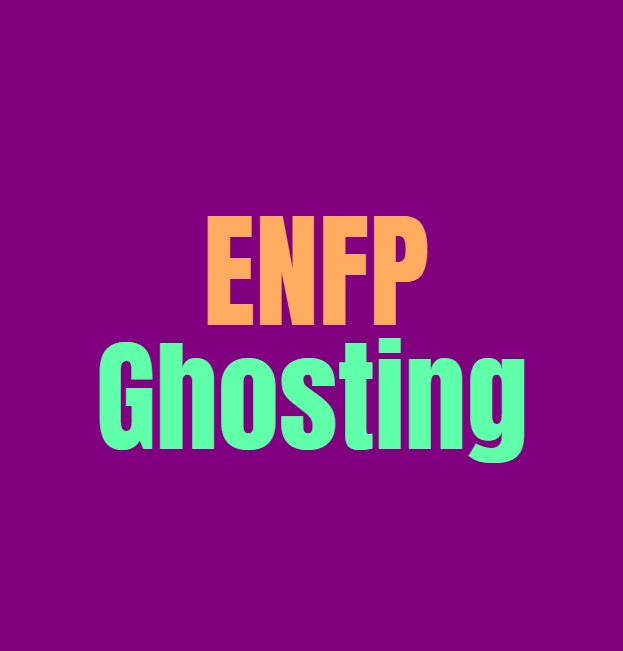 ENFP Ghosting: How they Deal with Ghosting People and Being Ghosted

ENFPs might not cope well with ghosting, but that doesn’t mean they don’t do it themselves. ENFPs don’t like doing anything which is hypocritical, but for them ghosting is a complex situation. There are times when the ENFP has sincere reasons for ghosting someone, and other times when they might become distracted. While no one enjoys this, it is simply the way some people feel it is necessary to handle ending complicated relationships. For the ENFP sometimes it is what feels right, even if they sometimes experience guilt over having to move on in this type of way.

ENFPs can find themselves easily distracted, and at times this means moving on without giving answers or clarity as to why. This does not pertain to serious relationships and people they are close to, but somewhat shallow acquaintances don’t always get clarity from the ENFP. If they move onto a new job or place, they don’t feel the need to explain themselves to everyone around them. Sometimes the ENFP simply feels that they don’t need to give a reason why they are moving on, especially if they don’t feel close to someone. If the relationship isn’t a serious one then they don’t always give their reasons before disappearing from this person’s life. If they find themselves drawn somewhere else, then they will follow their hearts and go after what feels right. When the bond is not a close one the ENFP just feels like it is meant to be a momentary thing, and explaining why they are disconnecting feels pointless.

If the ENFP feels like someone has taken advantage of them and isn’t deserving of their consideration, then they will likely ghost this person. If they don’t really believe that this person cares for them or their feelings, they won’t feel like spending any more energy on them. When they have been pushed this far the ENFP doesn’t want to cause themselves more pain by trying to explain why they need to move on. They will do this if it feels like the best choice for their own mental health, as ENFPs don’t like spending energy on people who clearly don’t care for them. Once they realize that this person doesn’t truly respect them, they don’t feel like they owe them answers or an explanation. When they don’t feel close to someone then ghosting is sometimes the best way to avoid the drama, as ENFPs don’t want to get themselves into a worse situation.

In some cases the ENFP simply feels like it is the best choice to avoid someone who is only going to explode or become emotional. If the situation is overwhelming and they feel like engaging with someone is only going to be upsetting and make things worse, then they might believe that ghosting is the best choice. If expressing their reasons will only cause discord and upset, the ENFP does sometimes decide to avoid this type of interaction. They don’t like dealing with discord or trouble, and would often rather keep the peace. If that person has angered or upset the ENFP, then they don’t feel like they owe them answers. They would rather just walk away than to deal with the emotions they are feeling towards them. It isn’t about being afraid or dishonest, ENFPs might actually feel like they are being kind to that person by just walking away. When they are truly angry with someone they can be extremely harsh to them, and so they might think it is best to avoid that type of interaction where they leave the other person hurt. Sometimes it just no longer feels like it is worth their time or effort, and so it is best to walk away and keep the peace. Not everyone they meet feels like they are worth expressing their feelings to, and so the ENFP will save this for people who truly matter or who they hold as important to their past or future. If the relationship has just become too emotionally draining, then it is time for them to just keep moving forward and not waste another second.

ENFPs do have a hard time dealing with being ghosted, especially if they felt a true connection with someone. It can be hard to really cope with, since they want to understand what caused them to walk away from the friendship or relationship. ENFPs care about people deeply when they do, and so it can certainly be troubling when they lose this type of connections. They don’t like feeling as if they have failed in some way, and so they might blame themselves for what went wrong. ENFPs can certainly keep moving forward, but that doesn’t mean it is easy for them to do so. They will want to understand why the situation went wrong, and if they can’t figure it out that can cause them distress for a while. They will certainly do their best to keep moving and hopefully find ways to accepting the change of heart this person might have had. They are independent people, and so they will do their best not to keep blaming themselves, but they feel things deeply and so it can be a process for them to let go.