ENFP Anxiety: Dealing with the Many Forms of Anxiety 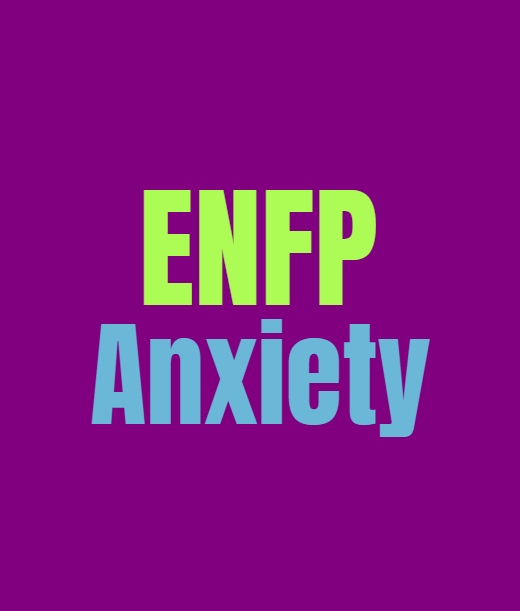 ENFP Anxiety: Dealing with the Many Forms of Anxiety

Anxiety is something most people deal with to some extent, but some people can be more prone to anxious feelings or behaviors. There is some correlation to personality types and anxiety and even to anxiety disorders. Sometimes this is simply because of their overactive minds and the way their natural functions process the world around them. For some people anxiety can simply be a temporary response to the stress around them, or from negative habits which have pushed them in this direction. Of course there are also times when this is an actual clinical anxiety which needs to be treated by others means like medication and seeking help from a licensed therapist. With anything there are often many ways to seek help, and it is important to take the appropriate steps to rectify the situation.

ENFPs are complex people with many more layers to their personality than most people realize. While ENFPs are outgoing and charming people on the surface, they often have a lot going on inside that they don’t show easily. They have strong inner emotions and want to be honest about them, but sometimes the ENFP pushes aside those feelings in hopes of being positive and keeping the mood happy around them. They might be experiencing a lot of stress and anxiety but they don’t want anyone to notice that this is happening. Instead ENFPs can hold a lot of this inside and try to find ways to deal with the anxiety which don’t always help.

ENFPs have vivid imaginations and very active inner minds, but this can cause them to overthink about, well, pretty much everything. ENFPs get caught up in thinking about a certain subject and sometimes they can obsess over it to the point where it can cause them anxiety. This is often connected to other people and how they view the ENFP. They don’t necessarily act nervous because of this, they just feel an inner sense of anxiety. They care about how they are perceived and can sometimes question the behaviors and motives of those around them. If someone does something which pushes the ENFP away, they will likely feel like they have done something wrong to upset that person. They might analyze the situation and the behaviors, wanting to figure out what went wrong.

Their overthinking and anxiety isn’t always tied into other people though, as ENFPs are very connected to their own inner emotions. The fact that they feel and experience things so intensely can make it hard for them to cope with this at times. ENFPs really aren’t good at burying or ignoring their own feelings, and so when they try to this can be really painful for them. It will cause the ENFP to feel anxious and on edge, and they will likely be more short-tempered because of this. They might not be their usual social selves, since they are so filled with these anxious thoughts and emotions. ENFPs don’t want to upset the people they love, they just find it hard to shut out these thoughts sometimes. When they are anxious they often can’t seem to get these thoughts to go away, and it makes them obsess over it even more. The ENFP can go in a cycle of being anxious about their anxiety, which is something that sends them into this endless loop.

While ENFPs can seem like the carefree social butterfly, this isn’t always the way they feel on the inside. ENFPs can be deeply afraid of failure and of letting down the people around them. This can cause them to overthink about their own choices and actions and certainly causes a lot of stress for them. When they feel like they are incapable of accomplishing a certain task, they find themselves stressing about this constantly. ENFPs have a hard time just removing this stress or these anxious feelings, and so they can start to build up over time. They want to be able to make the people they love proud, as well as to make themselves proud. When the ENFP has something they are struggling with they are likely to make a joke about it, but in truth it bothers them inside. ENFPs want to be highly capable people and they do become stressed and anxious about the idea of failure. The fact that they are good at picking up things quick and can often learn new skills seemingly easily, can actually make the anxiety worse. Feeling like they have to live up to this makes it hard for the ENFP to accept if they struggle with learning something.

Social anxiety can be something which is really upsetting for ENFPs, since they are naturally outgoing and friendly people. Wanting to connect with others but feeling constantly nervous about how they will be perceived, can be truly stressful. The ENFP with social anxiety is likely afraid of how people will view them and so they might want to avoid new social situations. They want to be able to prepare for these interactions so that they don’t do or say anything which might make them feel embarrassed. Being someone who thrives on social interaction but is constantly afraid of it, can really drain the ENFP emotionally.

For the ENFP experiencing anxiety it is important to reassess the people they surround themselves with. They need to communicate openly and search for people who accept them for who they are. Someone who is judging them unfairly isn’t someone they need in their lives, as this is likely adding to that anxiety and unease. Having people who care for the ENFP and accept them even when they are not perfect, is something they deeply need. This type of connection helps the ENFP to cope when they are anxious about accomplishing something, as they become less fearful of the ramifications. Not only is it important to surround themselves with positive people, but the ENFP also needs to take time for self-care. Whether this be getting enough sleep, eating right, or just spending time doing something which relaxes them. Taking this time away for themselves can really help the ENFP let go of some of those stressful things around them.