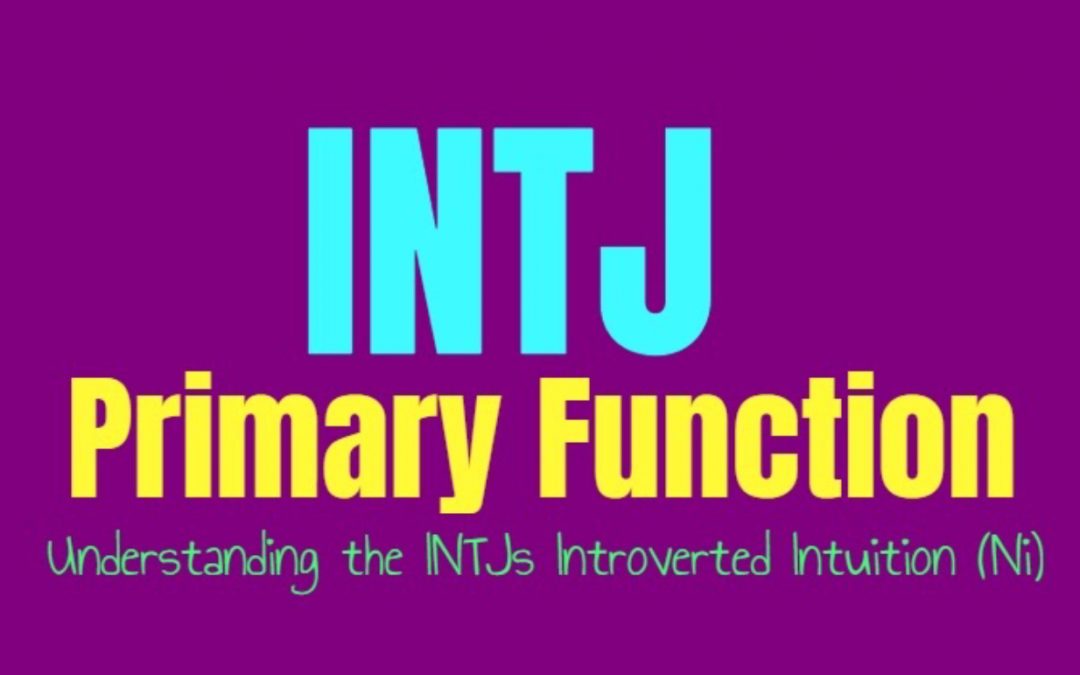 INTJs are often viewed as logical and practical people, focusing on information and analyzing. Because of this focus many people don’t realize that their dominant function is actually their introverted intuition. They have rather rich inner minds and respond to the world by utilizing this sense of intuition and connection to the future. INTJs are often aware that their intuition comes from a more subconscious part of themselves, but since they reason through things with information and strategic processes, it is often easier for them to express this in ways which make sense to people. Intuition can be a tricky function, since it is so focused on the subconscious and bringing in information in this way.

Ni can be a function which confuses many, since so much of what it does happens through the users subconscious. They cannot always explain where they get this information or their final conclusions, even though these predictions are so often eerily accurate. This can cause people to assume it has some sort of magical or mystical quality to it, seeing the Ni doms as being psychic. People label them as these types of things, simply because the users (INFJ/INTJ) can make predictions about the future and assess people and situations so naturally. There are perfectly logical explanations to why Ni works the way it does, it is simply hard for the users to outwardly explain this to others. Introverted intuition (Ni) is a function which catalogs information and facts over time, and filters this inwardly to help the user make predictions about the future. It is combined with their other functions in order to gather accurate information and process the details more accurately. The Ni dominant user will gather large amounts of information from the outside world, their inner minds constantly processing this in hopes of picking out the pieces which are most useful to them. Seeing how things have occured in the past and the present, helps them to internally analyze the most likely outcome in the future. Once their minds work through the problems and uncover a solution it will come to them like a sudden flash of genius. They might not be able to fully explain these predictions, since it is filtered in a subconscious way.

For the INTJ their Ni is certainly their dominant function and is used in order to make predictions about future outcomes. The difference for the INTJ which makes them seem more like Te dominant personalities, is that they connect this Te with their Ni in a way which makes it more outwardly expressed. The INTJ certainly uses Ni much more than people realize, and focus very much on this information they gather over time and from the world around them. They might use logic and other aspects of their mind, but these other functions are meant to serve the use of their introverted intuition. The INTJ is connected to future outcomes, wanting to work towards their end goals and find the most efficient ways to do so. Their introverted intuition can be difficult to explain at times, but they are often capable of finding ways around this. INTJs are rarely the types to believe that this intuitive ability comes from some mystical or psychic abilities, instead they are aware that there is something more at play. They can often analyze the situation and realize that they are gathering this information in a more subconscious process, and because of that the INTJ will learn to rely on this more often. They trust in their instincts and learn how to analyze this information they gather in order to be sure of the choices they are making. INTJs are very focused on efficiency and in getting things done a certain way, and in relying on their sense of intuition this helps them to do this. They gather more information and process it through those parts of themselves, knowing that they can strategize and plan for the future and the path that they want to create for themselves.

For the INTJ their Ni is what steers the ship, but they utilize the rest of their functions in support of this. While they are constantly bringing in subconscious data and working it through their intuition, the INTJ also takes in details and facts from the extraverted thinking function. Their auxiliary function is just as important, since it helps them to support their Ni with information and facts. The INTJ is very focused on efficiency and getting things done, which comes from this extraverted thinking function. Instead of just sitting on the information and predictions they uncover, the INTJ is also focused on action and being able to make things happen. Being someone who takes charge and can follow through with plans is very much tied to the use of their secondary function or their Te. While other personality types who utilize Ni can become focused on analyzing and become caught up inside of their thoughts, the INTJ does not want to become inactive. They don’t want to be stagnant and only spend time analyzing information, instead they believe in being able to make use of what they uncover and learn. Their other functions like their Te is what helps them to move forward with these processes and ensure that they are actually efficient with the conclusions they come to.