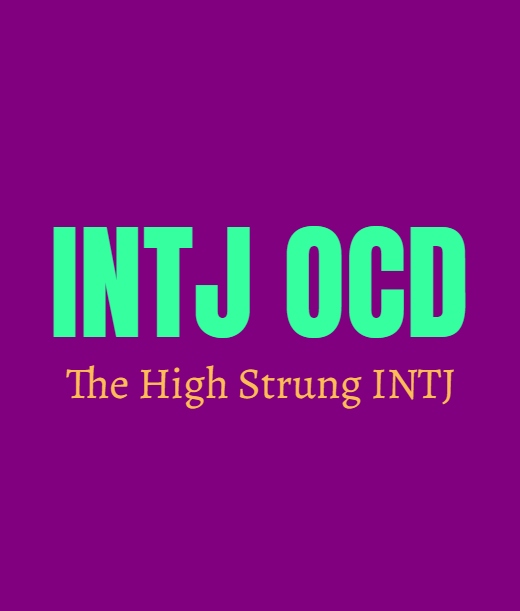 INTJs are certainly prone to perfectionist behavior, which can cause them to seem a bit obsessive. They want things done a certain way and this can cause them to be critical when people do not live up to this. They value efficiency and are very precise people, their desire to have things done correctly each time certainly can cause them to lean towards these OCD-like behaviors. This doesn’t mean that INTJ are actually more inclined to be diagnosed with an actual obsessive compulsive disorder, but it does mean they are likely to exhibit some of the behaviors. They are perfectionists and want things done a certain way and they certainly spend a lot of time obsessing over the details and information.

INTJs are perfectionists and this means they have certain high standards to how things should be done. For them efficiency and accuracy are deeply important, both for themselves and for the people around them. When people don’t respect their boundaries and desire to have things done a certain way, the INTJ can become short-tempered and on edge. This can certainly be something which increases over time if the INTJ spends a lot of time away from people, as they become caught up in their own habits and particular patterns. When they are around people who cannot handle these expectations, the INTJ might become frustrated with them easily. The INTJ might not be “organized” with unimportant things, but with the things that matter to them they want a certain amount of order. INTJs are focused on control and being able to keep a sense of purpose in their environment. They don’t like feeling as if they have lost a sense of control, which is why they take a lot into their own hands.

INTJs analyze things for long periods of time, something their minds can get carried away with them. They can become so caught up in these thoughts that they lose track of the world around them. INTJs are not likely to have intrusive thoughts like many people with OCD, as they don’t analyze things which aren’t that important to them. They obsess over the small details, but this is about maintaining a sense of accuracy and control over how things get done. While this can certainly seem obsessive, the INTJ is often aware of this behavior and why they are doing it. They aren’t afraid of taking action, especially once they are sure that they know which step to take next. The INTJ who does have OCD can struggle with those intrusive thoughts, and this can be deeply troubling for them since they feel a lack of control in their lives. Not having that control can cause the INTJ to go into a downward spiral. When something prevents them from being able to do things a certain way or maintain control over their emotions, the INTJ definitely feels an overwhelming amount of stress from this. They want to be the one controlling their thoughts and actions, and anything which stands in the way of this will certainly be frustrating and emotionally exhausting for the INTJ. This is why they don’t tend to focus on feelings or emotions, and would rather look at things from a very factual point of view.

For the INTJ breaking free of their perfectionist tendencies can be rather difficult, since they rather want to. INTJs know how they want things done, and they don’t really see anything wrong with this desire. They believe in always being accurate and efficient, and feel that this is deeply important. The only thing the INTJ might be willing to break free from, is their somewhat critical behavior of those close to them. They can certainly learn to be more forgiving and patient with people, and deliver their criticism in a less harsh manner. For the INTJ it is best to approach this from a logical point of view, and to realize that not everyone can handle this type of direct communication. Some people simply need things to be delivered in a more tactful way, and INTJs can be accepting of this when they learn the different responses and needs of those around them. Learning what people need in order to be more efficient and realizing that this is logically the best way to work with them, can be helpful for the INTJ. It is difficult for them to find a way to break free of needing things to be perfect for themselves, but this is certainly something which can put unneeded pressure on the iNTJs shoulders. They might need some outside perspective and to learn how to take a break from obsessing over getting things done a certain way.