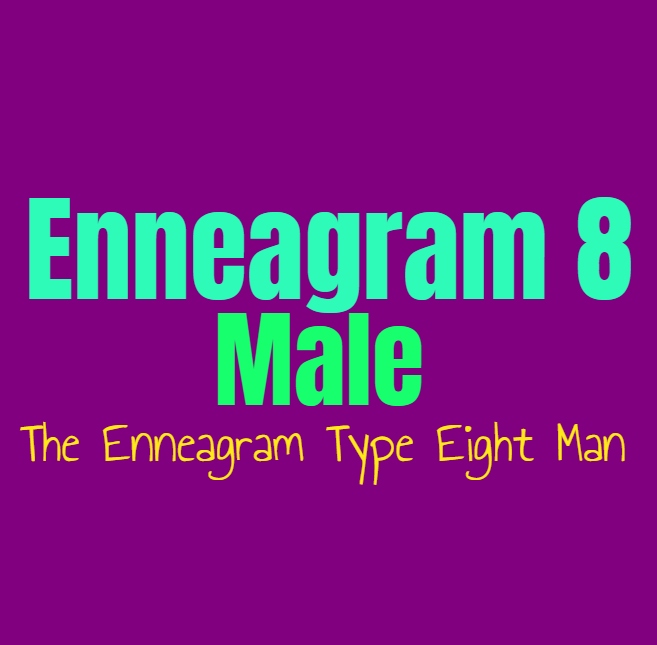 Understanding each type is important but it can also be important to understanding the variations. For certain types it might cause them to respond differently to the world being a type 8 man, and how they are perceived by others because of this. They don’t want to be controlled by others and value being in control of their own lives. Understanding how this correlates with being a male type 8, can help to gain a deeper comprehension of how they respond to the world as well as how they can better manage their own emotions.

The type 8 male is extremely driven and unapologetic about going after their goals and dreams. They can take charge of a situation and are skilled at being the one getting things done. They know how to lead a team and ensure that they accomplish the task at hand with flying colors. The type 8 male can sometimes be seen as aggressive, since they don’t allow anything to prevent them from getting what they want. They are driven often from a young age, seeing what they want and finding ways to bring those desires to fruition. For the type 8 male control is something they value in all areas of their lives. They don’t want other people to have any sort of power over them, which can cause them to search for ways to maintain that control no matter what. They work hard to ensure that they are in control of their own lives, and don’t have to answer to other people in order to obtain what they want.

They don’t believe in giving up, which often makes other people look up to and even admire them. Their ability to keep charging forward no matter how challenging things become, is certainly an impressive quality which gets them far in life. They don’t simply expect everything to be handed to them, instead they realize that they need to make things happen on their own terms. They prefer to be self-sufficient and become stressed at the idea of having to lean on someone else. This makes the type 8 male highly independent, and capable of handling things on their own. This can certainly cause them to appear headstrong and stubborn, making people think that they are incapable of asking for help when needed. They simply don’t want to feel like someone has power over them, and care about having a sense of control no matter what that requires.

The type 8 male can often get away with being a bit more aggressive and controlled in the workplace, but that doesn’t mean they cannot feel misunderstood at times. Their aggressive nature can cause people to think they are overly controlling, without really understanding why. This doesn’t mean that eight’s are cold or uncaring, they simply fear being out of control of their own lives and choices. They care about ensuring everything runs smoothly and efficiently, and this can actually come from a place of caring. They want to be able to take care of their loved ones and this means being able to balance everything all at once.

The type 8 male can seem cold at times, since they focus more on action and facts than on emotions. This can make their close personal relationships a bit of a challenge, especially when it comes to romantic entanglements. They might want to get close to someone but struggle to be vulnerable and don’t really know how to show this side of themselves. They care about maintaining control which often means avoiding emotions and not allowing feelings to be expressed openly. This makes it difficult when the person they are with wants the type 8 male to show their inner feelings, and can easily be misunderstood as being cold when that is not the case at all.