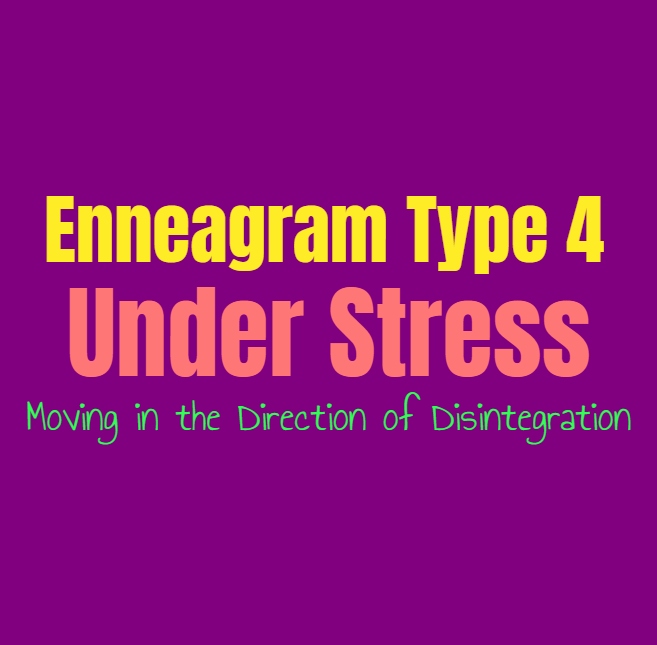 The type 4 personality tends to see themselves as different from others, wanting to develop a strong sense of identity. The idea of being normal or just like everyone else, is often seen as a bad thing to them. They want to stand apart, and can become self-conscious about this desire. They can be fearful of vulnerability, since they don’t want to be judged or seen as ordinary by others. Fours care about self-expression and being able to find beautiful ways to show the world who they are and what makes them unique. They can often struggle with the idea that no one can ever truly understand them, always feeling far too different or strange to be loved the way they want to be. This causes them to distance themselves from people at times, especially when they are feeling a constant disconnect from the world around them. While there are certain aspects which can cause them to be unhealthy, the healthy four is actually great at personal self-awareness. They can see their strengths and flaws, but this helps them to work on those problem areas and not feel so alienated because of it. Finding meaning in their lives and a sense of purpose is truly the most important goal for the type 4 person.

The type 4 under extreme stress becomes focused on other people much more than usual. Their sense of independence can become less valuable, as they try to connect with others in hopes of finding a purpose. They might even find themselves trying to “help” but this is expressed in much less healthy ways. Instead of sincerely being helpful towards others, they often try to weave themselves into their lives in order to become indispensable. They want to feel like they are useful and have a purpose in the lives of others, and so they search for ways to fix them and this can become upsetting for their loved ones. The type 4 might also start to become self-righteous, feeling as if they are in the right and those around them are wrong. Ordinarily they seek out justice and care about doing what is right, but when they are unhealthy this can become an unhealthy and harsh trait. They can feel like they are on some sort of pedestal and what they believe to be right is the only way to go. This can actually cause them to start to doubt if people truly care about them, or if they are valued in their circle. Having this doubt can make them constantly question their connections, and seek out ways to prove if they are true. They might even test their loved ones, pushing their relationship and creating challenges which weren’t there to begin with. They come up with ways to question their loved ones in order to discover if they are truly valuable and important to them. This certainly causes them to appear unlike themselves, and puts a lot of strain on their relationships.

Disintegration happens when the four is under serious stress, and so uncovering how to avoid this is important for them. When they are stressed they no longer behave like themselves, and so this can become rather overwhelming quickly. Four’s have a tendency to cause themselves a lot of stress when they seclude themselves for too long. While having time alone is important and something they need to value, doing this for long periods of time can be worse for them. They become reclusive and avoid being around others, shutting themselves out from the world entirely. When this happens it can cause them to question things, and overthink every detail of their relationships and personal lives. This can be a cause for the type 4 person to experience a lot of internal stress. Ensuring that they take time to connect with others and don’t distance themselves entirely, can help them to avoid this type of stressful response. Taking time for themselves is important, but so is keeping themselves connected to the world around them. Four’s can also put a lot of pressure on themselves to be good and ensure that they are making a difference somehow. Sometimes they need to take a step back and recognize their accomplishments, rather than constantly seeing how they could do better.