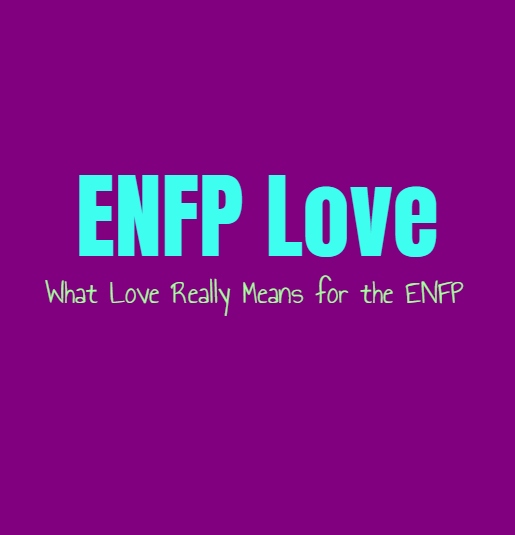 While ENFPs are often viewed as hopeless romantics who are obsessed with the idea of love, this doesn’t encapsulate them and what they really feel about falling in love. Everyone experiences things in their own way, which makes it unique to them and what they are gaining from the process. For the ENFP love can really be an important experience, but it doesn’t mean they hold this above everything else and are completely wrecks when it comes to being in love. Here is what being in love means for the ENFP, and what they value most about it.

They Can Be Romantics, But Not All of the Time

ENFPs are often seen as hopeless romantics, and while this is true they also have times when they aren’t feeling all that romantic. ENFPs aren’t just romance and love all of the time, they have many different sides to their personalities. There might be days when they are feeling more independent, and like they want to dive into something completely unrelated to romance or love. They might want to experience something on their own without needing to feel connected to someone else through the process. ENFPs need to be able to bounce around a bit so that they can experience new things on their own terms.

While ENFPs can be wildly romantic people it isn’t something they want to be on a constant basis. When they are feeling deeply romantic then they do enjoy being able to express these feelings and really connect with someone, but this can require loosening up a bit. ENFPs have a romantic side and enjoy being able to feel those thrilling and intense emotions attached to  being in love. This just isn’t something they want to experience every moment, and so there are some days when they might seem more like the cynic than the romantic.

They Aren’t Always Great at Being Expressive

While ENFPs are seen as these expressive and open people, this isn’t always the case. There are actually times when the ENFP might be nervous or afraid of expressing the depths of their emotions. They feel things so deeply, but sometimes this can make it a bit scary for them to really let all of this out. While they can express certain emotions, the ones which run so deep can be hard to really unload on others. They care about those around them, but when they are deeply in love it can be hard for them to express this all of the time. ENFPs want to show these feelings and want to be able to really express just how powerful their love is. If they have been hurt in the past it can be even more difficult for them to let this out and expose themselves. They might want to, but the fear can prevent them from digging deep.

ENFPs can be pegged with this label that they are always open and expressive, but this isn’t always the case. They want to be open and they can certainly be honest, but there are depths to their emotions which people might never fully see. While the ENFP does express feelings and talk openly, it is hard for them to explain just how complex their thoughts and feelings are. They have so much going on inside of them, so much that the people around them don’t really comprehend or see because it is almost impossible for them to make sense of all of it.

They Do Fall Hard and Fast

ENFPs do fall hard and they do fall fast, since they allow their hearts to guide them when it comes to love. When the ENFP falls in love with someone it often takes up so much of who they are and what they feel. ENFPs want to immerse themselves in this love, and really drown in these feelings. They enjoy anything which excites and challenges them, and the passion and thrill is something which definitely pulls them in. They want to allow themselves to make these feelings a priority, since it is nearly impossible for them to really let go of them.

When the ENFP gets close to someone they often have this sense and realization that they are going to fall in love with them. ENFPs allow themselves to fall fast, but they also fall hard when they do. They don’t feel a spark with just anyone, and so they don’t want to hold themselves back from really diving into these feelings and this experience. For the ENFP falling in love really is something which can take them over and carry them away. While they fall hard and fast, ENFPs also hold onto these feelings for a long time. While people might seem them as lightly this isn’t true at all, when the ENFP feels deeply for someone this isn’t something they let go easily. It often becomes a part of them, even if the relationship doesn’t work for the long term. They remember pieces of this connection and hold onto the love in a way which others really can’t understand.

They Are Capable of Commitment

There are many stereotypes connected to ENFPs stating that they aren’t really capable of committing to someone and this isn’t true at all. When the ENFP cares for someone they are more than capable of keeping faithful and true to this love. When they are seen bouncing around to different people, this is because they don’t really feel something special which can last. ENFPs don’t want to just commit to someone without knowing that there is a connection which is deep and meaningful. They are often waiting for this type of bond and really don’t want to settle for anything less. For the ENFP settling and remaining stagnant in a relationship which lacks a depth, is one of the worst things they can do. When they do find someone who sparks their soul and inspires them, the ENFP can certainly become committed and completely faithful to this person.