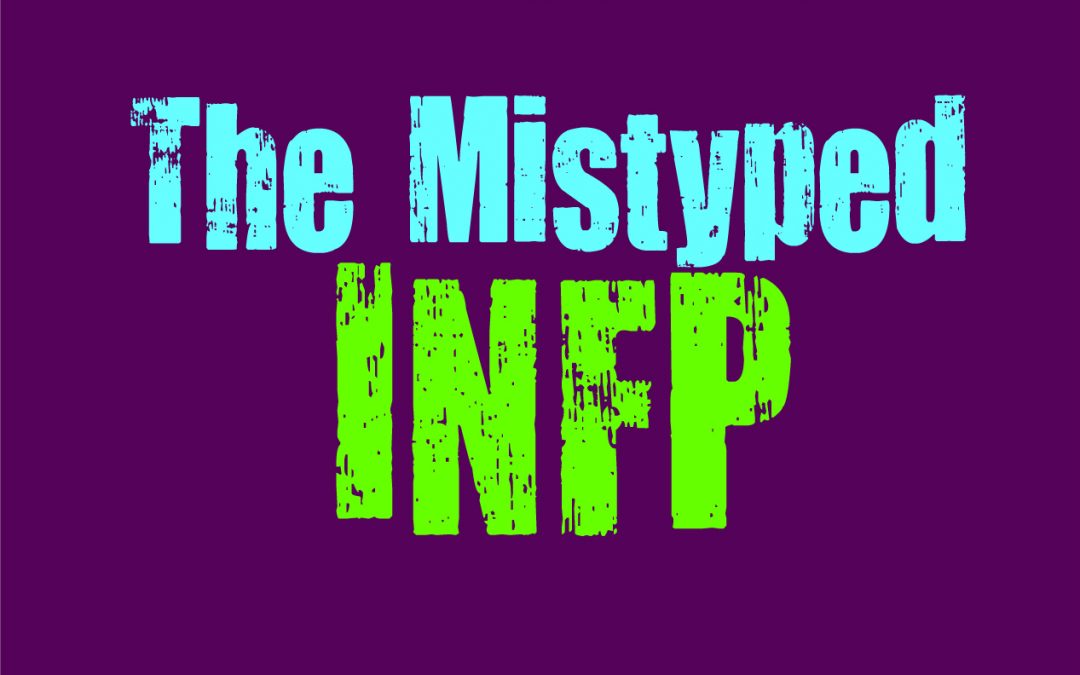 INFPs can often me mistyped as a few other types, causing them to lack understanding of themselves. It is certainly important to dive into the types a little deeper in order to figure out what makes them tick and learn how to comprehend a type properly. INFPs who are mistyped are often typed as ENFPs, ISFPs or even INFJs sometimes. While these are the more common types they are mistyped as, mistakes can be made in many different directions. The best way to avoid this is to actually take time to learn more about each type and how they respond to things and process things.

INFPs can mistype for a myriad of different reasons, often this is because people just look at the letters instead of digging deeper into their functions. When someone simply pays attention to the four letters, this is when the INFP can accidentally be typed as an INFJ. In truth they have little in common when it comes to how they process and respond to information, and so they shouldn’t be so commonly confused. While they share a few letters, the INFP and INFJ are actually very different types. Their similarities lie in the fact that they both possess rich inner worlds and strong moral beliefs. They also share a strong value of justice, and have very deep and complex emotions and thoughts. This can cause the INFJ and INFP to appear similar on the surface, but there is much more beneath that.

In truth the INFP is ruled by their inner emotions and morals, focusing more on these things to guide them and help them make decisions. INFJs are mainly focused on their introverted intuition, which gives them a strong sense of future outcomes based on information they subconsciously collect. This is part of what makes their inner worlds such a rich and complex place, but in a different way than with the INFP. The INFPs inner mind is this way because they have strong imaginations and truly powerful emotions. INFJs don’t find themselves connection with their own emotions quite so strongly, and seem to be more in touch with the emotions of those around them. These are two very strong differences, and are important factors to consider when diving into someone’s personality.

The reason INFPs can sometimes be confused as ISFPs and vice versa, is because they share the same dominant function. This is their strongest way of process things and also helping them to make decisions in life. INFPs use their introverted feeling as a one of their main ways of navigating the world around them, and so does the ISFP. They focus strongly on their inner emotions and are often ruled by their sense of morals. They know what they believe in and stand by their convictions without allowing others to make them waver. These believes have been formed over time, and come from a deeply personal place. They also allow their heart to be their guide in most situations, and believe in always trying to do the right thing. These strong inner emotions are something both the INFP and ISFP share, making it easy to confuse the two.

While they might share their dominant function, they do not share their auxiliary or tertiary functions. The INFPs auxiliary or secondary function is their extraverted intuition, which focused on patterns and different possibilities. This is what makes the INFP so imaginative and creative, as well as gives them a strong intuitive sense of the world. They can come up with different patterns and potentials paths to take, and they actually enjoy seeking out different options in order to remain excited about things. For the ISFPs their secondary function is their extraverted sensing, which focuses much more on the outside world and living in the present moment. ISFPs are often so caught up in the present that they fail to focus much on the future or even the past. This is a trait that the INFP does not share with them, since they often struggle to really pay attention to their physical surroundings. While it can be easy to confuse the two with just a glance at their personalities, once they dig deeper there are ways to differentiate.

One of the hardest things to differentiate is the extroverted vs. the introverted versions of each personality type. They share all of the same functions, just in a very slightly different order on their stack. The best way to break it down is by figuring out which function they respond strongest to, especially when they are making important decisions. While ENFPs will often be more outgoing and connected to others, INFPs can appear this way most of the time which makes it more difficult to tell the difference. INFPs do often find themselves wanting to be alone more often, but again, ENFPs can go through these phases as well. Simply looking at these straights won’t be enough to tell them apart, which is often why an INFP can be mistyped as an ENFP. It is important to focus on their dominant function, since INFPs are more ruled by their inner emotions and the ENFP is more strongly focused on the extraverted intuition.

The ENFP will be found bouncing around more often, wanting to jump into new hobbies while dropping the old ones without much notice. They can seem a bit over the top in the way they express information, and their conversation style can seem a bit scattered or even very playful. While INFPs are very focused on their feelings, and don’t want to allow anything to stand in the way of their morals. These are traits they both share but for each type one is much more important than the other. ENFPs often take action much more easily than the INFP, since they are dominant by a desire to experience new things. INFPs can be seen spending more time thinking about what they want to do, rather than actually doing it.

It is important to really look at the layers and complexities of each personality type in order to better understand them. Without these finer details it is very easy to mistype the INFP, and this can be truly difficult for them or those around them. When the INFP thinks they are a different type it will leave them feeling even more misunderstood, and will not give them a strong enough sense of self. While it can seem simple, understanding someone’s personality is something that takes a lot more effort than a simple online test. INFPs are frequently mistyped as quite a few other personality types, and so it is truly important to understand how their functions work and how they respond to the world around them.